Disclaimer: Please, note that English is not my first language. I apologize in advance because I know there could be some mistakes in the text below. I’m trying to improve it, thanks.

As you can see next to these lines, so far this year I enjoyed a lot of good readings. And certainly one of the best has been United States of Japan, by Peter Tieryas.

United States of Japan is a curious novel. The book is also an ucronía and a science fiction novel, and as sure both facets have the aim to entertain, the novel has a plus to offer that makes a very interesting reading. 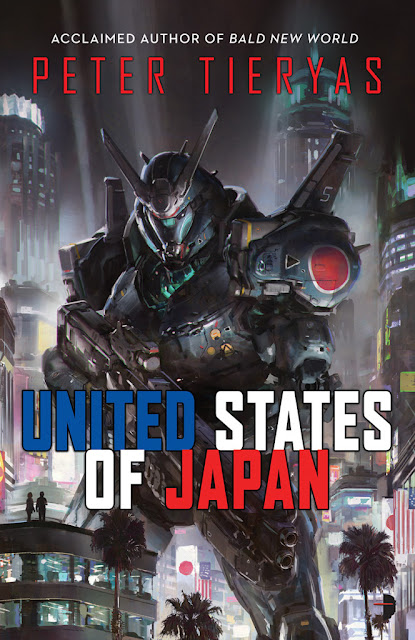 The beginning is unusual. Of course It is not the first author who writes a novel based on a work of another writer (this is something old, it come to my memory the sequels of Asimov's Foundation) (I have not read those, but I can imagine it is an alternate universe in which I won the lottery and have much free time to spare and it's worth reading the novels). In our case, Mr. Tieryas bases on the universe created by Philip K. Dick in his masterwork The Man in the High Castle. Of course, I could not do this review without making my homework so I had no choice but to pay attention to (ahem!) the cry of all the known galaxy that has always advised me to read it. As expected, I regret not having done it before, now I can understand why it is considered a masterwork.

I wondered if the universe was the same and this novel is merely a sequel but fortunately, it is not the case. About that, I have to say that I always look at these things with a certain distrust (I mean all kinds of pre/sequels, franchises, false homages, etc.) but in this case I consider it an honest option: also a tribute to the master Philip K. Dick and a work of imagination with a very particular style.

Mr. Tieryas builds his novel standing on the shoulders of the giant Philip K. Dick, but the result is very original and I think that captivates the readers on its own merits. He uses the same dystopian nightmarish environment and a Nazi/Japanese occupation on American land to show the tribulations of the two main characters, an excellent and self deranged worldbuilding and... I do not want to reveal more here.

That said, I would like to explain those main characters: Beniko Ben Ishimura is a Japanese military nondescript, graduated from the prestigious Berkeley Military Academy for Game Studies. Ben is racially mixed: he is born in the USA, a son of a Chinese father and Japanese mother, but his loyalty is not in doubt: in his childhood he was decorated to reporting their parents for conspiring against the Emperor. It is a complex character and the novel is focused on him. Our other main character is Akiko Tsukino, a loyal agent of the Tokko, the feared political police of the Empire. A fanatic, for her unwavering faith in the divinity of the Emperor and also for her devotion to hunting his enemies: possible, potential, or at least possibly potential enemies (In her own words: pursuing treasonous states of mind). 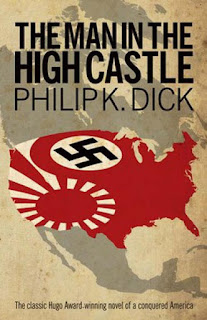 The plot, like The Man in the High Castle, places us in a USA occupied by the Japanese Empire (West) and by the Third Reich (East). The chronology goes from the postwar period to the present of the novel, set in 1988; unlike Dick's uchronia, which is located always in the same interval of time. The novel contrasts the Japanese Empire nature in World War II (expansionist, racist, shinto) with the so-called American Spirit: initiative, individual freedom, democracy, etc. From an ideological point of view, the author chooses the latter -it could not be otherwise, of course-, but not quite: the prologue begins in a concentration camp on American land, full of hungry and tortured American/Japanese citizens.

The frequents metaphysical wanderings of the Philip K. Dick's novel have no place here, i n United States of Japan what matters most is the development of the plot. In The Man in the High Castle the characters suffer moments of, say, existential vertigo. Here, the characters suffer other calamities but are mainly physical. Something about the Dickian questioning of reality is in, but I understand it as a part of the tribute to the master. Thus, in Mr. Tieryas book is a game arcade -of course is illegal- in which the Allies won the World War II (in PKD it was a book, The Grasshopper Lies Heavy). Although this game also has its meaning in the argument, do not forget that the novel is more complex than it appears.

The plot unfolds in a quite curious way: the prologue begins in that concentration camp in 1948, the year of the defeat of the USA. Next, the plot jumps to 1988. Then, the action goes back to ten years, in 1978... and go to the present, that is again in the year 1988. Finally, the epilogue returns to the year 1960. Off course, the story justifies it.

To give a few more details about this novel, we will find here, among other things, computer games (remember the historical role of Japanese companies in the industry of games); a brutal police investigation, as deranged as plausible in any existing military dictatorship (it is evident that the author has documented); also, the George Washingtons (the American resistance)... and some mechas.

I see, I forgot to comment it... Yes, we will see giant robots! And I can assure you, they are made of a high-quality alloy of wonder (as you can see on the magnificent cover illustration). Let me tell you a secret: I think that the author uses them as a symbol of the Great Japanese Empire (at the time the novel shows the Third Reich counterpart, in the form of a super-panzer).

Mr.Tieryas, in addition of his writer works, works in cinema industry. As a novelist, his previous books are highly valued; the previous one, Bald New World (I have not read it yet), shows the curious premise that what would happen if all people on the planet have been bald. I commented him that I wanted to review United States of Japan and he told me that he is currently working on another story set in the same universe, although he considered his tribute to the master Dick is paid and he wanted to do something entirely different. As I said above, I always look the sequels with some suspicion, but the fact is that the talent of Peter Tieryas is a good guarantee. We'll wait for the publication then.

In conclusion, with some minor flaws, United States of Japan has pathos and as a whole it is an excellent ucronía, and as well a very good science fiction novel.

PD: Once again, I would like to thank my friend Clara for helping me in the English translation (moltes gràcies Clara!)
Publicat per Carlex a 18:55