The Fog/The Rats by James Herbert


I wanted to read an horror novel and I found this one. Although the writer is well known -and also the book is considered a classic-, I did not know James Herbert’s works before. 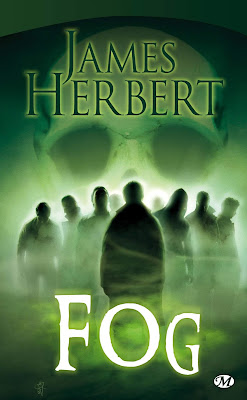 The fog is not an horror novel like the ones I used to know (Ahem! basically Stephen King’s books and some H.P. Lovecraft’s tales). I consider this book is also a disaster novel, like these seventies movies; and also a zombie war avant la lettre, and the main issue -the fog that transforms people- can be considered science fiction; in other words, it has a scientific justification.

In short, the book has a best seller-esque style and sometimes it captivates me absolutely... and I confess that sometimes not. To be highlighted, a lot of brutally and violent action scenes, some of those I consider very well written. However, it is possible that the novel suffers for being a classic written in the seveties: some developments of the plot, and some scenes too, nowadays we have seen them in a lot of horror movies.

So, reading the book, have I been scared, as expected in an horror novel? I think not, but it was a very entertaining reading.

After reading The Fog I was curious about The Rats, Mr. Herbert first novel and a success that made him instantly known; and when I saw it in the Kindle Flash discounts, I could not resist. 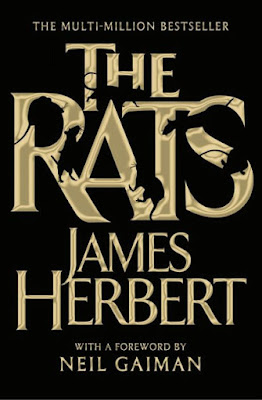 Despite its fame, as Neil Gaiman comments in the prologue, it is still a first work and and you can see it in some aspects, but the pace is good and the reading is very entertaining too.

I must note that the characters are well described. Somehow their behavior seems more like in a movie than in a novel, I think because the best-seller style of Mr. Herbert. It is interesting how the author describes (very well) de daily life of some London citizens as a resource to give realism to the novel, of course before becoming victims of the rats; although this can sometimes divert attention a bit from the main plot.

To highlight, the notably well constructed scenes of violence and gore when the rodents attack beggars, housewives, old people and even children, so nothing escapes from their voracity. As I commented about the previous James Herbert reading, I was not really scared from this horror/science fiction reading (as in Stephen King's stories, for example). However, the rats looks really ugly and repulsive creatures.
Publicat per Carlex a 0:05